Anticipating The New Golden Age Of The Pleasant Hill Library 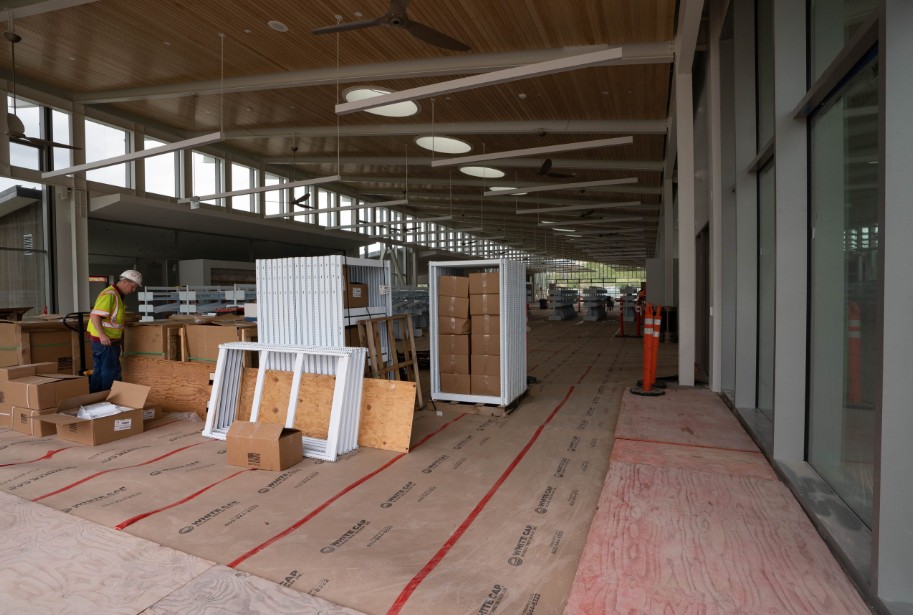 By Tony Hicks – On New Year’s Day, the Washington Post editorial board kicked off 2022 with an editorial titled “The golden age of public libraries dawns again.”

The piece praised the new public “breathtakingly beautiful” libraries built around the world the past few years as examples of what “great community spaces can and should be.” It said some are being called “cultural masterpieces.”

From Manhattan to Fayetteville, Arkansas, a new library revolution was lauded for not only encouraging literacy and the furthering of knowledge — in a new age derided by many as being one of instant gratification and a de-emphasizing of science and “facts” — but doing so elegantly with great public buy-in.

Two decades ago, there were many of us who lamented what we believed was the death of the libraries we loved so much as children, brought about by the internet. Simultaneously and ironically, we also questioned certain local communities spending millions on libraries, when the next generation clearly only cared about Googling their information and playing video games.

I say this as Pleasant Hill prepares to open its new public library that already resembles what the Washington Post described.

My daughter goes to Pleasant Hill Middle School next to the almost-finished library, at the corner of Oak Park Boulevard and Monticello Avenue. I’ve watched the site evolve from a giant, forgotten, sometimes muddy field into what will likely be the center of the community, as well as the flagship central library of the county library system.

The old library was across the street. When I say “old” I mean I went there as a kid. It closed in 2020, after more than 50 years.

Looking at the list of amenities, it’s difficult not to get a little excited about the 25,000 square feet of library on the way.

It will be big and spacious, with lots of natural light. There will be an activity yard for kids with play sculptures and a magnetic play wall, a “messy maker” space designed to keep sound in and a “retreat” room, keeping sound out.

There will be an early literacy area for youngsters and their parents, a Friends of the Pleasant Hill Library store to buy books and merchandise, study rooms and an outdoor “hangout” area for kids.

That last part is important. I had two other daughters attend Pleasant Hill Middle School, and the old library overflowed with middle schoolers 10 minutes after school let out every day.

The new library will have a tech zone space, with a kiosk dedicated to checking out laptops and a dedicated area for printing. The east side of the building will feature big windows with views of Grayson Creek and a path near the Contra Costa Canal Trail.

The library will be powered by state-of-the-art Tesla solar panels as a Net Zero Energy building, meaning it won’t produce more greenhouse gases than it takes from the environment. Under the main floor will be hundreds of feet of piping for hot and cool water to help regulate indoor temperature, as well as skylights overhead that can stay open on hot summer nights to make sure the place isn’t too stuffy the next morning.

Best of all, it will be a magnet for the community, especially its children. Pleasant Hill Mayor Michael G. Harris is already a big fan.

“The entire Pleasant Hill community is excited about the grand opening of our new state-of-the-art library,” Harris said. “It has areas and amenities for people of all ages, including a wonderful children’s activity yard. For us, this is a dream come true.”

Libraries have come a long way since 1731 when Benjamin Franklin founded the first library in Philadelphia.
‘Ol Ben would be proud.

I am thrilled for the new library. I won’t be there when school gets out (naughty young teens), but I will love it all of the other times! Can’t wait!

What a well-written, and positive article. Made me so excited for the opening of the new Library. Glad to hear libraries are back!

I never thought I’d go back to the library again but recently my printer stopped printing correctly and I found out the library lets you print up to 10 pages for free. Well I’m never buying a printer again that settles it. Between refilling ink and dealing with lines on the page that don’t lay ink and constantly cleaning the heads and aligning them etc… forget it.

Schmee—If you ever decide to buy another printer, get a laser. Once you have used a laser printer, you will never go back to inkjet again. They don’t use ink, so they don’t dry out. I have only replaced the cartridge once in ten years.

What I’ve noticed about the ‘new’ libraries is that they don’t have many actual books. They’re wonderful buildings, social spaces, etc. are great. But not enough books.

I can’t wait to check it out. I love the library, thanks to my grandmother and our Monday walks to pick out books and hit the playground, when I was a kid. Great source for physical books or e-books and programs for all.

I agree with Ancient Mariner. I was distressed at the number of books that the P Hill library was giving away when it was getting ready to close. The big parking lot in back was filled and emptied several times with rows and rows of boxes of books and audio books, many of which should have remained in the library. Very sad. Now it’s all about nice buildings and social gathering areas.

The Pleasant Hill library’s collection was distributed among the other branches of the library system. They will get the books back when the library re-opens.

The book give-away is unrelated and is for the entire county’s library system. The Pleasant Hill library used to be called the Central Library. The public library was a small part of a large building. The rest of the building was for the library administration. Over the years, computers allowed for a reduction in the number of staff needed for administration and so about a third of the building was used by other county departments that needed office space. As part of that, the building had loading docks, warehouse facilities, etc.

A library, or library system, is constantly buying books based on popular demand. They track how often each title is checked out. If the public looses interest in a book then it’s added to the discard pile. The CC County library system has a once-a-year give-away of books from their discard pile. It was held in the shipping/reviving area of the administration building. Years ago I took a look and saw many different books on gun control. I realized that a few years earlier that gun control had been a hot topic, people requested books, the library got them, and people then lost interest. By the time of they were discarded the books were well over ten years old. People were not interested in ten year old books on gun control. Even though the books are free for anyone to take, people were not taking the old gun control books.

The library administration’s shipping/receiving area was a convenient spot to conduct the book give-away.

Considering how technology changes things – The original Central Library was rather small and was contained within the round part of the building.

That’s how we ended with one of the larger libraries in the region.

Can we afford to have it open on Sunday.

Seriously? When I worked for the library, all I noticed was a lot of good people trying their best to deliver valuable services to their communities. You might want to try reading some books; you might learn something.