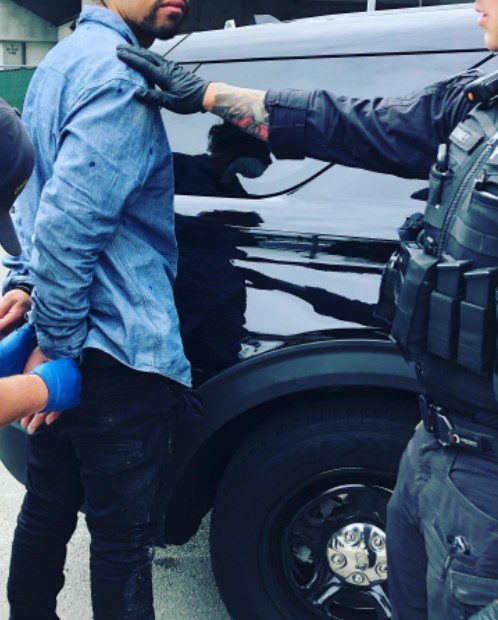 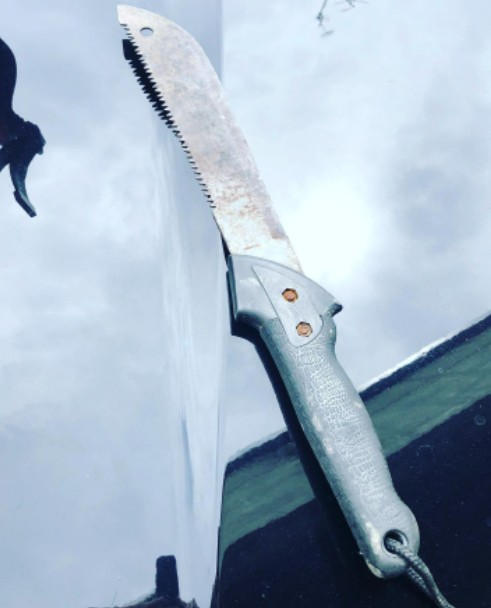 The following is from the Walnut Creek Police Dept.:

On Thursday afternoon WCPD responded to Target for a report of a suspect who brandished a machete.

It was quickly determined that this suspect actually used this machete to try and rob Target of a cash register. He did not make it out of Target with any valuables, but he definitely terrified many Target employees and customers.

WCPD quickly responded to the area and after a foot pursuit into a construction area near WC BART, WCPD officers apprehended Angel Rodriguez, a 31-year-old male from Richmond who is on parole for robbery.

Rodriguez was booked into Martinez Detention Facility for attempted robbery and parole violation.

Another uninformed and low IQ criminal.

If Angel watched the news, he would know that a machete is not needed to get free stuff from stores in the Bay Area. He would also know that SF is easier pickings than WC.

Democratic liberal progressive policies in action. I wonder if our George Soros sponsored DA (Becton) let him out yet??

Time to get rid of Becton! Vote Mary Knox for DA on June 7

WC…the town where you can shop at Tiffany’s, buy pot, and get attacked by a machete-wielding crazy, all on the same day!

On parole! I never would have guessed that.

Is he another one of Newsom’s early release convicts? Some parolees are institutionalized, and like prison. They have friends there, and are so used to the structured lifestyle that they cannot cope on the outside. They will violate parole because they want to go back to prison.
I once had a boss whose brother was released from prison, so he gave his brother a job. The brother was a nice guy, he was a hard worker, thoughtful, and showed respect towards everybody, but he had a hard time adjusting to life on the outside. He purposely walked up to a cop smoking a joint, and blew smoke at him, violating his parole, so he can go back to prison.

That was the 1st question I had-is this another “non-violent” prisoner let out because California does NOT have enough prison beds/cells for convicts to remain behind bars. Build more prisons, and make it much safer. If not, then this is the result, and you might as well get used to it.
Insane!

Hey, Dawg;
(He purposely walked up to a cop smoking a joint)
Was the cop really smoking a joint? Or did you forget where the comma is located on your keyboard?

Rodriguez was booked into Martinez Detention Facility for attempted robbery and parole violation.

He was released immediately so he could return to his job in order to feed his family.

As no one was injured and nothing was taken, he’ll not be prosecuted.

Was it a “ghost” machete, or did he file off the serial numbers?

.
The weapon appears to be a pruning saw rather than a machete.
.

Perhaps he could cut some tree limbs for $$$…

A gas leaf blower would be more scary and get more attention and cause more harm the surrounding crowd. 😉

I’m sure he rode BART to Walnut Creek. Probably jumped the fairgate in Richmond. The unsavaries on BART are the reason we no longer ride it. It is scary!
And yeah, walnut Creek’s woke politicians have brought the city down. We don’t go there anymore either. It’s not the same

Was it a Ghost machinate….was he licensed to carry?

How will Disney respond to Florida taking away their special tax status? Cry and fire the CEO?

Oh, Chuckie, you disturber of fecal matter
Disney was granted a special tax district in exchange for Disney building and maintaining all roads in the Park, building their own water treatment facilities, etc; everything the state or counties would normally take care of, would be taken care of by Disney. Now, those expenses will be taken over by the taxpayers, including responsibility for a $$billion dollar bond assessment, previously paid by Disney. In other words, Disney wasn’t required to pay the taxes to have roads built, water treatment facilities built and operated, building inspections, etc, Disney Corp did the work instead. in exchange for that special tax district, which now has been rescinded, and for which the taxpayers of Florida will be responsible.

The governor took all this into consideration. Just wait and see. Disney is not off the hook. Guaranteed

Target isn’t upscale enough for Walnut Creek anyway. Remember all those looters fighting out front? Time to get rid of Target and bring in something with more cultural significance, like a chicken and waffles restaurant.

“Angel….. strangers in the house”

Maybe he heard Target was “slashing” prices and he just wanted to get in on it!

It was the correct tool for the job, a hand limb saw not a foot leg saw, he knows his tools alright.

This is BS. We had a functioning criminal justice system. Nothing is perfect but we had a way of keeping these fools in check. Now they just let these dirtbags run around terrorizing families and communities. I didn’t vote for this but I know many of you bay area low IQ want to change the world types did. You ain’t smart, you ain’t compassionate, you’re ignorant minded and you get what you deserve. I don’t care about it, come at me or my family with a machete, you’re getting one in the chest and two in the head, game over status.

Ya know, this is the second machete related incident I’ve seen in the last week or so. Seems like machetes are getting out of control! We need stricter laws for machete sales! What kind of background checks are done prior to purchasing a machete? Can one just walk out of the machete store with a new instrument in hand?!?
Shovels. Shovels are next! Also violent tools! We need stricter enforcement of machetes and shovel sales!
Outrageous!

(Glad everyone that was in target that day were ok; I’m sure that WAS freaking terrifying)