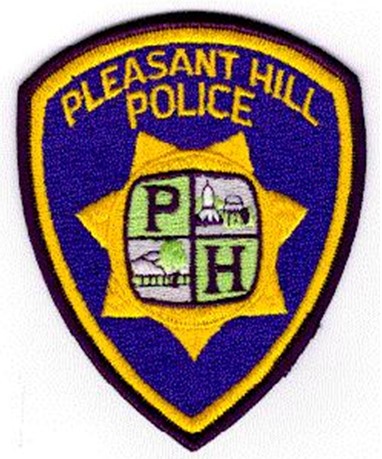 The following update on the incident at Nordstrom Rack, which was first reported on Claycord.com, is from the Pleasant Hill Police Dept.:

On September 27, 2022, at around 6:06 p.m., the Pleasant Hill Police Department was notified that the Contra Costa Sheriff’s Office was involved in a vehicle pursuit of a wanted rape and domestic violence suspect fleeing in a stolen vehicle.

That pursuit ended in the City of Pleasant Hill, in the north parking lot of the Sunvalley Shopping Center. At the conclusion of the vehicle pursuit, the suspect exited the stolen vehicle and fled into Nordstrom Rack.

The Central County SWAT team was called to the scene. Members of the Crisis Negotiations Team tried multiple times to communicate with the suspect without success.

A methodical search of the business was conducted utilizing drones, a K-9, a robot, and SWAT team members.

After an exhaustive search of the building, the suspect was not located.

It is believed he changed clothing and exited at some point in the initial moments of this incident, prior to the SWAT team arrival.

The suspect is still wanted for rape, domestic violence and felony reckless evasion. He has been identified as 26-year-old Concord resident Joseph Alan Ramos.

The suspect has been arrested at Nordstrom Rack.

Today, after the Central County SWAT team had left the scene, Nordstrom Rack loss prevention agents elected to keep the store closed to the public.

The Pleasant Hill Police Department left an undercover detective at the scene to monitor the business in case Ramos had somehow eluded detection during the hours-long search of the building. At approximately 11:45 a.m.,

Ramos lowered himself from the ceiling and fled through the back door of the business. He was quickly tackled by Nordstrom Rack loss prevention agents and taken into custody by Pleasant Hill Police personnel without further incident. The Pleasant Hill Police Department recognizes and thanks the courageous Nordstrom Rack employees for their quick actions and assistance in taking this dangerous individual into custody.

The Pittsburg Police Department holds the original arrest warrant for Ramos and will assume custody of him, as well as, any additional investigation related to the original charges.

I’m not even mad, that’s an impressive escape! They will catch him eventually. Sounds like from previous reports that they had his family there attempting to get him to come out and surrender.

A photo would be helpful

Yeah, before and after the Nordstrom makeover.

Exactly, but then they’d have to blur out his face. 😵‍💫

Tsa, a lot of us would be happy to help with that!

They know that name but no photos ?
Wt…

I hate to see it when someone outsmarts the cops. Without the tragedy this is Uvalde. Bad decision making. First thing I thought of last night was change your cloths.

We need an edit button.

How is this incident like Uvalde? Were there hostages? Was there an active shooter? Was there shots fired? No one even knows if the suspect was in fact armed. Know to be and actually being armed are 2 different things.

Absent exigent circumstances like shots fires with hostages or barricaded victims with an active shooter, surround and call out is the proper technique to use.

If no one other than the suspect is hurt or endanger of being hurt there is zero rush.

To those of you laughing at the post…hopefully he doesn’t rape or kill your loved ones. I don’t find it funny. Very messed up society we live in now.

And who is laughing? Most people on here are talking about how having a photo would really help. The crappy part, all this time and money spent trying to capture him yet at the end of the day, he’ll just end being released, because that’s CA for ya! One too many loved ones will be raped or killed before he gets life in prison.

There have to be cameras in the business and surrounding area to start figuring out where he went. Imagine being that young and having that much heat on you, his life is over.

All because he couldn’t comprehend “no” and solve problems with his words rather than his fists.
He’s pathetic, really.

I’m sure he had a fine steak dinner at Outback as the Police searched for him,
He probably had a nice night at Residence Inn, stole a car and is now on hi way to Mexico dressed as a woman..

Here is the scum bag himself!

Are you sure or was this just the first name that popped up.

Dude ran into Nordstrom with a purpose , kudos !

hey @FYI, it wasn’t PHPD’s case….And the bad guy is in custody.

If the Police knew who he was, they could have just done surveillance and waited for him at his Mom’s house.

Ramos should have hidden in the air ducts. It always works in the movies.

look at his last post it said this —-Hypothetically….. I’m the GINGERBREAD MAN!! JS…😎.

“If you run you stand a chance of losing, BUT if you don’t run you’ve already lost”.
-Your mom last night!-

Who knew what just a cold-air intake could do…..tehe