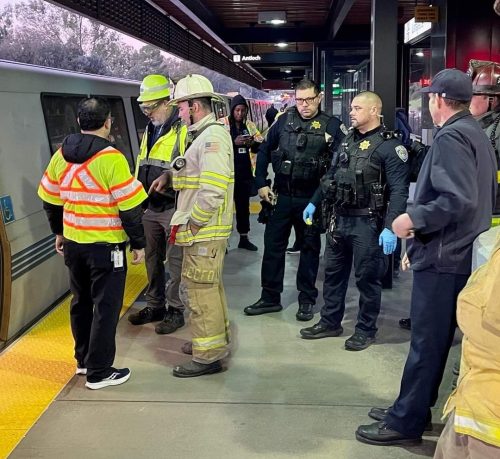 BART’s Lafayette station remains closed Tuesday morning after the death of someone who entered the trackway intentionally, a spokesperson for the transit agency said.

BART issued an alert shortly before 6:30 a.m. about the station closure. BART spokesperson Cheryl Stalter said a possible collision occurred after the person went onto the tracks.

The Contra Costa County coroner’s office is responding to the station, and operations are now considered “recovery not rescue” as of 7:20 a.m., Stalter said.

Trains are single-tracking through the station without stopping during the closure and County Connection buses are also taking people between the Lafayette and Orinda stations, according to BART. Riders should expect major delays during the morning commute.

I just can’t imagine how despondent one would be to do this to themselves. May they Rest In Peace.

I am sorry for all of the innocent victims of this intentional deed.

So selfish. If you want to kill yourself, there was ways to do it so you don’t inconvenience thousands of people. That or get help.

You are a terrible person to say such a thing! Shame on you!

But I was not the one that cost so many people so much money and time. I think you need to re-evaluate your position! See some sense.